When I look into those big brown eyes

Away towards the darkness of the skies

Unwillingly, I fall deep down

Into the well that holds the memories of the past

The world disappears, now all I see is brown

Just when these deep dark eyes

Look back at me, surprised

I know I can trust them, they don’t need a prize

Through them I can see the soul – so clear, so nice

Why can’t I stop looking into your eyes

So strange the fate’s plan can be sometimes

I’m left holding on, trying to see the world through those big brown eyes

Are you happy, my darling?

With the way things turned out to be

With the way our roads parted

And made us strangers in one heartbeat?

Didn’t you feel sorry at least for a second

That our lips never met

And our eyes were left longing

How are you feeling, my darling?

I would ask you if I ever had a chance

If our our paths crossed by mistake

In the fate’s mysterious plan

What can I do, my darling?

What could I say to you

If you ever asked me back those questions

And I were caught still somewhere on my way?

What can we do, my sweetest?

What can we ever plan?

Life is mysterious and vicious

And we get nothing in return 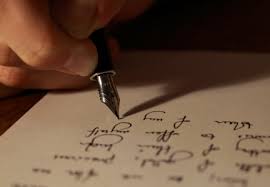 The beauty, the mountains, the lake

Dark brown eyes looking so sweetly into mine

But then above the clouds I fly…

Can we ever keep a dream

Or will it always die

And make us search once again

Not knowing for what and why? 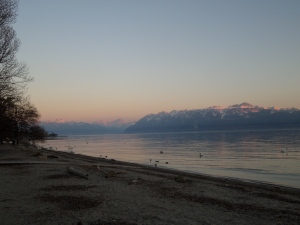 I don’t know if I love you

I think I’m starting to love you

But what if I won’t?

I guess I want to be with you

What if I’m wrong?

I feel happy when I’m with you

What if it’s not enough even for a song?

Well I guess if I consider these things so carefully

I will never enjoy life fully

Whatever works if it feels right

And truly appreciate what comes our way

Let happiness be our guide to what’s right or wrong

It might as well turn out that together we do belong

How our fingers met

How our bodies moved to the same rhythm

How your heart was beating

When I laid my head on your chest

That you don’t care

You don’t need to see me

You’re good with the attention

Provided by all those other girls

Those memories are just the past

And you never wanted us to last

You prefer to have your freedom

And have fun all your life

I would be a burden for you, I know that

Even though I know

Even though I know all of that

I still can’t stop my mind from thinking

About what you’re up to now

I still can’t stop my heart from pounding

When I see somebody alike

I still can’t stop my body from wanting

To be close to yours

I still can’t stop my lips from desiring

A kiss that never happened at all

I’m begging you to let me go

That day the snow was falling from the orange sky

As I was reminiscing our last goodbye

The sky turned from orange to dark blue

And I knew there might never be just us two

But the hope lingered in my heart deep down

Even though I was to soon leave this town

If one look into each other’s eyes

Then I bother say that this is one true love

I don’t even need any more signs from above

Cause I’ve tried to forget you so many times

To solve this mystery on life’s debate

For now I decide that if I can’t have you

I’ll give all my heart and soul to

My lovely art and poetry – that would be!

I feel your love

I love the space you’re giving me

I was ready to let it go for you

Then came the fire

In his strong arms

I feel crazy about him

I feel so insecure

I would give to him

Can I handle it?

Can I handle the choice?

Then water betrays me

And on fire I can suddenly count

Can I trust my judgement anymore?

What a strange disguise!

– That’s what is left

Help me in this anxious state

Help me before I drown!

Ann heard about John’s departure through a mutual friend. Kelly knew about her best friend’s obsession for the man and she hoped that it will end with these news.

“Hardly anyone comes back from war these days. I’m sorry to say this but it’s all lost,” she expressed her opinion with great compassion. “You should find yourself some nice guy who will really deserve you. Don’t you remember that he didn’t even want to go out with you?”

But Ann didn’t listen. Deep in her heart she knew that her feelings were true. She remembered the pain she saw in John’s eyes when he rejected her proposal. There must be some explanation why he did this! She felt confused, powerless, almost angry. She decided to do one last thing to save this love.  She went home, sat down and wrote one short letter:

Please meet me before you go. I know you said you didn’t want to, but I just want to tell you something important. It won’t take more than 5 minutes and then we’ll both go our separate ways.

Ann’s mother looked at her little girl. She wasn’t so little any more but still so naïve. Her heart was breaking when she thought of how her daughter was suffering, but she didn’t have the courage to tell her what she had heard in the neighbourhood. The people were saying that the man, her daughter was apparently waiting for to show up, had already left few hours earlier. She wasn’t sure whether Ann was aware of that or not, but the persistence with which she was gazing at that window suggested that she certainly didn’t believe that to be true.

John had been lying in the dust for a few hours now. His lips were dry and he knew that the death was coming to take him. Was it the end he dreamed of for himself? He couldn’t really answer that but he felt that he didn’t do everything he should have in his short life. Suddenly, a silhouette appeared in the distance, brutally pulling him out of his thoughts. Maybe there was still a chance? He struggled to lift his hand and let out a silent cry for help. The silhouette seemed to grow bigger and bigger in his eyes. In a moment, he saw two small feet right next to his mouth and the person kneeled down showing her face. The shock mixed with anxiety and ecstasy. He felt as if something stroke his heart.

Ann felt a sudden strike in her heart. She looked at the orange sky. Snow was falling, whiter and more beautiful than ever.

“Well,” she announced, finally turning away from the window with a half-smile. “I guess tomorrow is a new day.”

Ann and John met four years before. It was the last dance of the summer 1979 in the town. John was hanging around with his friends, drinking and having fun when in the crowd he noticed a small delicate girl, dressed in a light pink dress with her hair dissolved mischievously. Their eyes met making both of them turn away and blush with embarrassment. It was only when the darkness of the night surrounded the world and most of the youth were already sleeping or sitting somewhere aside, that young man got himself to approach the beautiful stranger and ask her for a dance. Colourful disco lights danced on their faces, when they moved closer to each other in perfect harmony. They may have just met, but their bodies and souls seemed to have known each other for ages. They communicated with no words spoken, breathing in the smell of each other’s skin, listening to the beat of each other’s heart. Suddenly, the clock stroke 4 am breaking the moment mercilessly. John gazed into the girl’s eyes for the last time.

“What’s your name?,” he whispered the question into her ear.

“It’s Ann,” she whispered back with a trembling voice.

“Wait! Shall I walk with you?”

“It won’t be necessary.”

The year passed and they didn’t see each other. Ann had almost forgotten about the encounter. She was growing up to become a proud young woman. Then, the summer came once again and they met on the dance for the second time. It was just like the first one. When they approached each other, the whole world around them seemed to disappear; they melted in each other’s arms with the strange feeling of fulfilment. With the coming of the dawn, John disappeared mysteriously, not to be seen by Ann for another year.

The fourth summer John and Ann were both grown-ups with dark experiences shadowing their personalities and souls. They were no longer innocent and their hearts were bruised by past heartbreaks. They talked more and cherished every moment spent together on this one last night. As the first sunbeams began to appear behind the window, Ann knew that the moment of goodbye she always hated was looming. Cautiously, she decided to pop the question she wanted to ask for so long:

“Listen, John. Would you like to go out with me some time?”

“You know, it’s not a good idea. I’m just not ready for any kind of commitment.”, he muttered shyly. “I really hope you understand.”

That was the answer she hadn’t expected. She turned away and whispered, “You should go now…”

As he was leaving, John glanced back one last time at Ann and felt one hot tear running down his cheek. He didn’t know whether it was the right decision any more. What he felt for that girl was something different, strong and passionate. However, he was so scared, he didn’t recognize himself with her. And still, the pain of the last heartbreak remained in his memory like a warning not to commit himself with a woman ever again. It was then that he decided to go to war. It was the only place where the atmosphere would be tight enough to let him forget about Ann.

When the sound of explosives broke the silence, John was hiding behind the trench. His vision was blurred with the dust which seemed to float lazily in the air. The pressure of the explosion threw his strong manly body onto the ground as if it was no heavier than a rag-doll. He made one last attempt to stand up, but his injured body fell back instantly. He felt worn-out, exhausted and hopeless. A beautiful girl was sitting on a window sill. Her blond curly hair reflected the cold winter sunbeam with a shimmering glow. With her hazel eyes she peered through the window with great determination. It was clear that she was waiting for something.

“Ann, why don’t you come and eat dinner with us?,” asked her mother with a concerned look. “Come on! Sitting there won’t change anything for now…”

Ann made no response. Her mind was apparently as distant as her gaze. Her thoughts were running miles to reach the place where her love was fulfilling his patriotic duty. Her love… In her mind she knew John was the only true love she’d ever had, but the problem was she never had a chance to tell or show him that.